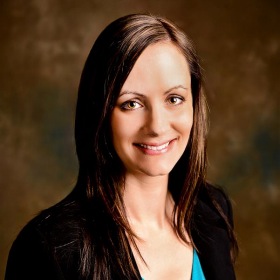 Dr. Laurel Griffin was born and raised in Clinton, IA. She turned down various job offers throughout the country in order to return home to Iowa to start her practice. Dr. Griffin chose the Des Moines area because of its opportunity, comfort, friendliness, and vibrancy.

Dr. Griffin graduated from Palmer College of Chiropractic with the class of October 2006. She is a member of the oldest chiropractic organization in the world, Sigma Phi Chi Professional Chiropractic Sorority. While at Palmer, Dr. Griffin held the positions of Philosophy Chairwoman, House Manager, Chaplain, and Vice President of the sorority.

She was also active in the Atlas Orthogonal Club on campus for 3 1⁄2 years. Throughout that time, Dr. Griffin held the positions of President, Vice President, Secretary, and Treasurer of the A.O. Club. During her time at Palmer she spent extra time studying the Atlas Orthogonal Technique, making numerous trips to study with the founder of the technique, Dr. Roy Sweat in Atlanta, GA. Through a series of advanced seminars and board certification classes, she became one of approximately 375 doctors world wide who are Board Certified in the Atlas Orthogonal Technique (BCAO.) Near the end of her formal education, Dr. Griffin was given the opportunity to intern with the founder of A.O., Dr. Roy Sweat. She is Proficiency rated in Activator Methods, and maintains her certification and education within Atlas Orthogonal technique standards. Dr. Griffin opened Precision Chiropractic West in April of 2007, and continues to help as many people as she can throughout the community.

Dr. Griffin has the distinct advantage of having personal experience with debilitating health conditions that were eliminated by Atlas Orthogonal Chiropractic.  You can read her experience Here. 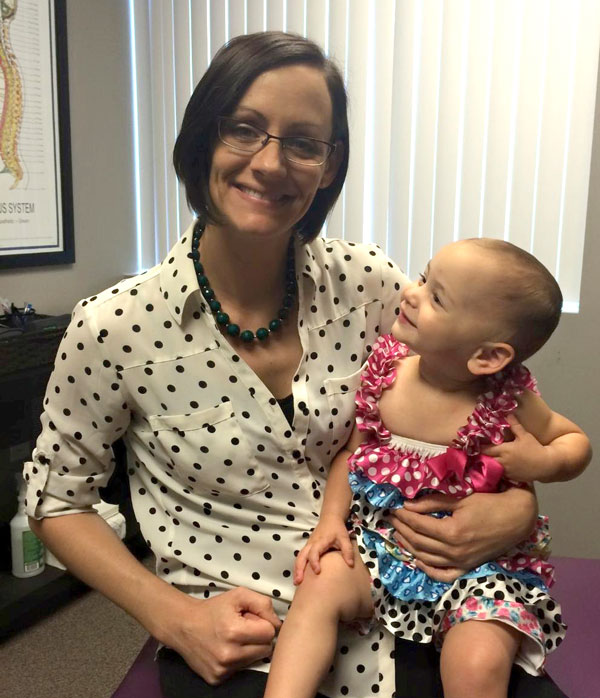 Please note you do not have an appointment until you receive confirmation from us.

Laurel Griffin had changed the way I look at chiropractic care altogether! I used to get popped and cracked at a chiropractor years ago and quit going because it kinda freaked me out. Then I met laurel! She barely touches me and I feel amazing!

I cried from the emotion of it all. I had one adjustment and I am pain free in my neck for the first time in at least 6 years!!! My neck was injured in a car accident over 10 years ago and it has been getting progressively more and more painful. I am looking forward to healing now thanks to Dr. Griffin.

I have had pressure and popping in my ears for years. I used to take allergy shots, but the popping and pressure never went away. The first time I got adjusted by Dr. Laurel, my ears began to drain and the popping stopped. Also – pains I didn’t know I had in my neck and back went away. I had no idea I could feel this good!

I came with dark glasses, a fierce migraine headache, and left in less than 15 minutes without glasses and NO migraine. The treatment is safe, painless, no chemical side effects, and affordable. I couldn’t believe how easy the treatment was after trying so many other options in my 35 years of migraines.

After 20 years in the granite countertop industry, I tried different chiropractors that made me feel good only for a couple of days. I just quit going. One visit to Dr. Laurel Griffin and I walked out without the pain I walked in with. The pain has not returned since.